Levelup Reality is the Ultimate Game Center in Toronto

Are you looking for something to do in Toronto? Today, adults and kids alike may suggest – “why not go to the arcade?”. Game centers in Toronto tend to be a little different than before. Definitely, since the caliber of gaming has changed. However, that’s not to say the arcade centers are in full swing. In fact, we’d argue they’re even better than before. There’s one place we think serves as the ultimate game center in the city – Levelup Reality.

Remember the days where we’d meet up with our friends in the arcade and let our worries float away? Levelup Reality is a game center in Toronto that’s rekindling that nostalgia – only through virtual reality instead of machines. This arcade center is quickly becoming noticed as the go-to venue to get your game on – and we can explain why.

80+ Incredible Arcade Games Toronto All in One Vibrant Location

Let’s not forget what defines an arcade center – the colossal number of games and the bountiful experiences. Levelup Reality offers more than 80 of them. Explore immersive games from battling cowboys and aliens in the wild west to defending castles from invading armies. The incredible number of worlds to explore and challenges to overcome make Levelup Reality a location packed with activity – and you don’t even need to leave your VR booth!

Why is Levelup Reality the Ultimate Game Arcade in Toronto?

We’d all like to think that we’re the best at something. In the case of arcade games in Toronto, there are a few arguments why Levelup Reality takes the biscuit. Positive guest feedback and its increasing popularity showcase why it’s the ultimate game center on the surface. However, here are a few more reasons why it’s considered the best game arcade in Toronto.

1. It’s the highest-rated virtual reality arcade throughout the Toronto area.

It’s safe to say that Levelup Reality has been noticed around popular travel and rating platforms. The Toronto game arcade consistently receives 5-star reviews on Google, Facebook, TripAdvisor, and Expedia. It shows why it’s one of the most entertaining and satisfying experiences around. Their brilliant customer service has seen them earn a Certificate of Excellent from TripAdvisor, too.

Even before the pandemic, Levelup Reality was meticulously cleaning and organizing between sessions for customer safety. Now, even more so, the team ensures enhanced safety protocols during and between each gaming session. You’ll be given a PPE kit to double up on health safety, and the team will sanitize all equipment and stations. Isopropyl alcohol spray and antibacterial wipes are used to clean before each session.

3. You won’t get a bigger thrill from a game arcade in Toronto.

It’s the immersion factor about this Toronto game arcade that’s a sure-fire winner. Slap on that VR headset, and you’ll find yourself wondering in a different world, embarking on a captivating adventure. In comparison, other games with consoles and machines simply feel a little static. There are many thrilling moments to be had at Levelup Reality, and we’d argue there isn’t an arcade center in Toronto that offers more of them!

4. The rates per session are fantastic.

Considering everything that Levelup Reality offers its guests, the rates per session are excellent. From $25 for an hour session per player, you can tap into the wealth of experiences on offer. You can enter this Toronto game center with a budget, knowing what you’ll spend on your activities. You won’t get any surprises from the traditional game arcade diminishing your dollars here!

5. Levelup Reality defines what a game center in Toronto should be.

Wholesome, inclusive, adventurous, and enjoyable – that’s what we think should describe a Toronto game arcade. Levelup Reality features them all, being accessible to persons and groups of all ages. It’s a fantastic place for a casual outing, a team-building exercise, a corporate event, and birthday parties for adults and kids. The diverse experiences in the library ensure there’s always something for everybody to enjoy.

Want to conjure a little more atmosphere with your gaming experiences? Levelup Reality delivers on all counts. It has the nostalgia of arcade gaming, the inclusiveness of a social setting, and all the adrenaline-filled excitement you could ask for. Book your trip to Levelup Reality, and find out just why it’s the ultimate game arcade in Toronto! 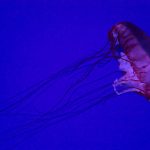