The Top Sushi Restaurants in Toronto

Toronto is a melting pot of culinary culture, giving us some of the finest ethnic restaurants in the world. There’s something special about the sushi in Toronto, though. Nearly every corner, you can find brilliant sushi spots ranging from the little traditional bar to the more spacious and upmarket. It wasn’t an easy job choosing our favorite, but we did!

Here are 10 of the Best Sushi Restaurants in Toronto

There are hundreds of sushi restaurants in the Toronto metro area. Some will offer luxury and creative creations. Others will keep things a bit more casual. Whatever the case, the sushi quality in Toronto is impeccable, making it hard to choose our favorites. However, the 10 we’ve listed feature goes above and beyond expectations for our sushi needs. Here’s our list of the best sushi in Toronto. 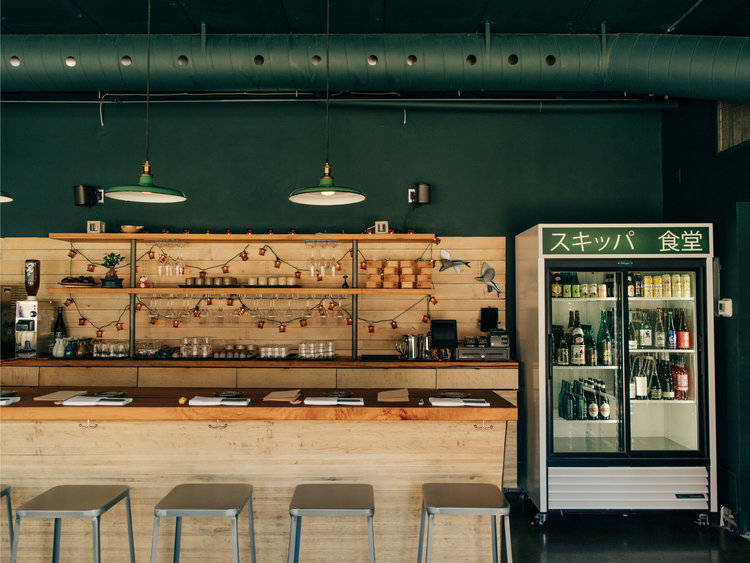 We’ve listed Skippa as the best sushi in Toronto, considering it’s listed as one of Canada’s overall top restaurants. Looking at their creative twist – it’s hard to argue against the fact that it is the best Sushi in Toronto. It’s definitely the place to go if you want to bring some flair into your Japanese dining!

If you’re willing to put some faith into the chef’s artistry, Rin Sushi is a sushi bar that delivers. Its elegance resonates with set menus that include delicious sushi with immaculate presentation. These pieces were almost made to be photographed, and a visit to Rin is sure to make your social media followers green with envy.

Japanese food arguably is all about the craft, and Zen Japanese Restaurant takes that concept into regard. Here, you can watch your sushi chefs masterfully create your meals, and admire their work on every last detail. The Zen experience is oddly mesmerizing, but be assured of some fantastic sushi carefully defining your plate!

Do you want the freshest of the fresh when it comes to sushi? Sushi Kaji knows that it makes a difference in the taste and flies all their fish directly from Japan. This is one of those places where you won’t get any better traditional sushi in Toronto.

If you’re an active person looking for a quick sushi fix – Tachi is the place for you. This sushi bar offers quick turnarounds on meal times to deliver on your maki, sashimi, and nigiri needs. Tachi certainly doesn’t sacrifice flavor given its speed – each cut is as delicious as the next!

Let’s just go ahead and say there’s no more suitable name for a sushi restaurant than Project: Fish. It’s also pretty appropriate, considering it houses some creative culinary experiments with its offerings. There are a couple locations to enjoy some of the best sushi in Toronto, found in North York and Richmond Hill.

Those who want to ride the wave of sushi trends will find a lot to love at Kasa Moto. Whether it’s lunch or dinner, this Toronto sushi spot screams fine dining with an exquisitely decorated bar and picturesque rooftop terrace. It’s a great place to be seen, but it’s an even better place to satisfy your sushi cravings.

Shunoko is one of the more casual Toronto sushi restaurants on our list. However, its laid-back atmosphere doesn’t mean it lacks quality – quite the opposite, in fact! This spot is just outside Toronto’s downtown core and serves as the perfect place to solve a sudden desire for sushi. It’s a no-fuss location with unbelievable delicious a la carte sushi!

You won’t get more authentic than this Harbord Street sushi outlet. The restaurant has been praised as some of the best sushi in Toronto, considering its quality traditional tastes with innovative presentation. The owner and executive chef are Japanese-born, underlining that you are getting sushi as close to the homeland as it gets.

We’ll cap off our best sushi Toronto list with one that strikes more of a casual tone. There are plenty of artfully crafted dishes that are as tasty as the next, with a great selection of Japanese beers and sakes to accompany your choices. This is one of those Toronto sushi restaurants that are more affordable than the others and can be enjoyed with larger groups.

The Best Sushi in Toronto is Waiting for You!

The world is your salmon roll when it comes to the best sushi in Toronto. There are so many restaurants to choose from, but we sushi enthusiasts think that the above 10 are the few that stand out above the rest. Whenever you feel like a sushi fix, head on over to some of these locations. You’ll get some of the most extraordinary pieces you’ve ever had!