If you’re looking for the best haunted houses in Toronto, this article is for you!

Halloween is a great time to celebrate the spookiness that lurks in the night. A great way to do this is by visiting Toronto’s haunted houses. These night attractions are extremely harrowing, and even those who aren’t scared easily can be affected.

Whether you’re someone who loves the thrill or just curious about what it’s like, here are the five best haunted houses in Toronto that you should definitely visit alone or with your friends!

How about a haunted house that’s literally out of this world (because it’s in an entirely different dimension)? That’s what Levelup Reality can offer, a spooky horror experience that will leave you screaming at the top of your lungs!

If you have the guts to explore a horror-filled virtual reality universe, then Levelup Reality has got your back! With their immersive VR gaming experiences, you’ll be right in the middle of all the scares. At Levelup Reality, there are haunted house-themed games that you can play if you’re into the horror genre.

Affected The Manor is a new Virtual Reality experience that has been commended as one of the best to date. The game is a series of unfolding events and environments that have been specifically designed to provide a truly immersive experience.

In this game, you won’t be scared by routine jump scares, but you will be drawn into unfolding events and environments. Lastly, you don’t have to worry about dying in “The Manor”, because the game is designed for the players not to die.

Where: 7 McIntosh Ave. Etobicoke (between Parklawn & Royal York off the Queensway)

Come to Martino Manor this Halloween season for a terrifying experience!

This year, the manor has added a brand new attraction – a haunted house and outdoor maze. The maze starts you off with a bang with plenty of live actors cleverly hidden throughout that will have no problem chasing you through the maze.

The haunted house is actually a restored house that feels eerily authentic. It’s full of real actors and animatronics that appear to move through the walls and shadows to surprise you. This is one scary experience that you wouldn’t want to miss!

Where: Casa Loma – 1 Austin Terrace, Toronto ON (Entrance at Walmer and Davenport)

Casa Loma will once again be the site of a spine-tingling theatrical experience. An immersive promenade theatre event, Legends of Horror will take place in the form of “promenade theatre” – an approach in which the audience walks at their own pace through a 2 km trail commencing in the lower gardens and winding its way through the castles tunnels and darkest spaces.

For over an hour, the audience is immediately immersed in a beautifully designed theatrical setting. Each scene is introduced by an environmental character who takes them on a journey through the physical location, rather than traditional sets. The traditional set change does not exist but is created by having the audience move on to the next scene. A crescendo of the production is when the 3D projection brings the characters and walls of the castle to life.

This year, Legends of Horror partnered with Secret City Adventures to create an experience unlike any other called Zombie Apocalypse, an immersive journey into the world of the fictional pharmaceutical giant, Biolux. As guests enter the gloomy showrooms, they’ll soon discover grisly secrets in the Biolux labs. One by one, guests will explore rooms full of ghastly experiments and lunatic scientists. Finally, they’ll make their way to the survivors’ camps where they’ll battle against a horde of zombie-like creatures.

Toronto’s Horror Hallways will take you on a terrifying journey into the depths of hell. Their haunted Halloween activity features a wide range of insane horrors that will have your adrenaline pumping! So be prepared for chills down your spine as you venture into their dark underworld and try to escape their demons.

Featuring a wide range of insane demons that will leave you begging for mercy, stepping inside Toronto’s most terrifying hallways today will make you want to go out as soon as you can. Come and see what awaits you!

Where: 1 Krisbury Avenue, Thornhill, ON

Price: Free of charge, but a minimum of $5 entrance fee is requested as a donation for Sick Kids Foundation

If you’re brave enough for a horrifying experience this Halloween season, you will love the Thornhill Woods Haunted House. This is a truly unique experience that will leave you scared out of your mind. Their maze features custom-themed rooms that are designed to scream out loud. You will also encounter demonic scarecrows and creatures that will put you in the middle of terror, unlike anything you have ever experienced before.

Whether you’re brave enough to venture through or not, you’ll be sure to have a fun and terrifying time at Thornhill Woods Haunted House.

Test Your Courage With These Haunted Houses In Toronto

Toronto loves to celebrate Halloween, and one of the best ways to celebrate this spooky season for people in Toronto is by testing their fear of the dark through haunted houses.

So what are you waiting for? Gather your friends and conquer these haunted houses in Toronto while they are still available! 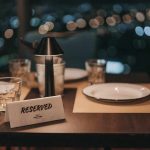